The truthful matters of the heart

It’s hard enough being a young single working mum but even harder when your child is not ‘lil miss perfect.’ 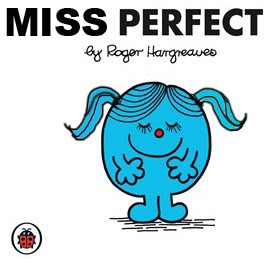 I was not the best behaved in school and by fate (and some stern words from my parents), I managed to succeed to University.  Suffice to say, the realisation that my child would experience issues with her emotional behaviour, somewhat broke my heart!

Individuals had expressed the cliché statement, “Well, you were the same when you were younger,” but how can we truly argue that our children’s behavioural characteristics are predicated on our own childhood exhibitions?  In my eyes, my daughter is her own being; her genotype is formed from myself and her father but her emotional and behavioural makeup is formulated through experience and learning.

Some noticeable signs, that my daughter struggled to control specific emotions were evident from nursery and as most parents expressed to me: “She’ll grow out of it,” was a statement I hung on to. By the end of pre-school, it was a certainty that her lack of stimulation, contributed to some of the challenges that she experienced and that was partially true.  In all honesty, I knew that it was more than “she’ll grow out of it” and “you were like that too” when my daughter began school.

I had tried all the rewards, sanctions and incentives you could imagine but realised I had failed to simply talk to my daughter, to uncover the emotions she was experiencing.  It was through talking to her, that I made the saddest discovery… My daughter felt as though she could not control her emotional outbursts and felt saddened that all her trying was in vain.

I can only speak for myself but honestly, I felt like the worst parent in the world!
You know when a feeling is so strong, that you convince yourself it’s true?  Yeah that…
I struggled for a while to accept my own thoughts about children and being their ‘own person’ and instead allowed the army of negativity to invade my mind space.

Tears streamed from my face and nostrils, every night for about 3 weeks and sometimes during the day!  The worry, pain and the feeling of guilt restricted my ability to complete daily activities and my work.

Having spoken to two amazing women, they helped me to recognise that my daughter’s emotions were out of my control and being a terrible mother wasn’t the fact that she experienced these difficulties, but to do nothing about it.

I decided to recognise that her needs were beyond my own childhood exhibitions and I sort to provide her with the appropriate support needed. I am working closely with both her school and outside agencies to not sugar coat my daughter’s needs and feel ashamed but to recognise it, act upon it and provide support.

I set about writing this post, to encourage any parent who has a child who may have an ‘Special Educational Need’ to go beyond your own ego, guilt and negative thoughts.  You are not a terrible mother, father or guardian because you are not in control of your child’s emotions.  What you are in control of, is providing support; the best support you can provide is that of LOVE and UNDERSTANDING.

I am an AMAZING MOTHER!!

7 thoughts on “I am a terrible mother!”